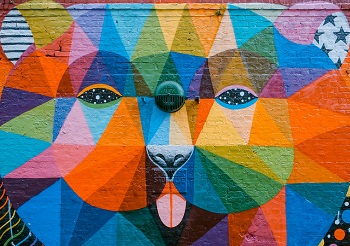 From their inception on Twitter back in 2007, hashtags have been used to categorise content, and to make finding that content easier. This gives your content more chances of being seen by people with common interests. Content with hashtags isn’t just visible to your followers, but is seen by anyone looking for content that can be categorised by a hashtag.

Using hashtags correctly makes content more discoverable. Equally, using them incorrectly can mean your content remains unseen. From where to find them to how not to use them, we look at the top three things you should know about hashtags before you begin.

1. How to find hashtags

There are various ways that you can go about finding hashtags. They should be relevant to your subject matter and have a wide enough audience to make them worth using.

The easiest and most basic way to research hashtags is by looking at influencers, competitors and seeing what hashtags they are using and what engagement they are getting. Look at trending topics – what value can you add to the conversation? If you can have a direct impact then go for it.

If you want more help to find hashtags, sites like RiteTag or Hashtagify help you to identify the most relevant terms to use. They will show you tag popularity, related tags. They will organise your tags and suggest new ones. Using these tools can really boost your visibility.

2. When and where to use hashtags

Hashtags can relate directly to your product or service, or can be angled to represent your brand more abstractly. If you are using your own specific hashtag, make it relevant, unique and memorable, so that your content will stand out more. Using the same hashtag across platforms will give you brand consistency for people who see you in different places.

It’s important to use hashtags appropriately, on platforms where they matter. Using the right number of hashtags will have a positive effect. Over- or under-use will have a negative impact on your visibility. An overcrowded hashtag will leave your content fighting for attention. A less popular one won’t do you any favours either. The more relevant and targeted you can be with your hashtag choice the better, and the more likely you will generate genuine engagement.

Hashtags started on Twitter, have skyrocketed on Instagram. The other platforms have experimented with and had differing degrees of success and usage of hashtags, and they are integrated into some platforms more firmly than others.

The hashtag started being used on Twitter as a way to categorise content and help make sense of a fast-moving stream.Hashtags help find content quickly. Trending hashtags are displayed prominently on Twitter to make it easier for users to join in on popular topics. Hashtags are used to run and organise Twitter chats.

Hashtags should be used at the end of your tweet, to make a point. Using them within the tweet can obscure the meaning and make them difficult to read. Research has shown that one or two hashtags work best for engagement, tweets with hashtags getting double the engagement rates than those without, and over 50% more retweets.

Facebook is the platform where opinion is most divided about whether hashtags are effective or not. With Facebook it is best to experiment with use, as for everyone who says they add value, another person will find them of no use. Here’s an interesting post from Postplanner, who asked 13 experts how best to use hashtags on Facebook. There isn’t a lot of agreement in the article, but there are some good tips.

Use them to engage in relevant and useful conversation with other interested users. You can point people to your conversation using a hashtag, as Facebook creates a URL for that hashtag. You can reach a wider interest that your followers, and connect with industry peers.

If nothing else, you can be consistent with your branding and use by using the same hashtags across your social media channels.

Instagram is the platform that has totally embraced hashtags. You can use up to 30 hashtags on each Instagram post, but research has shown that 10 or 11 hashtags will get you the most engagement. Placing them at the end of your post, or in the first comment, is common practice. Dependent on your own following you will see which works better, and which approach you are more comfortable with.

You can follow a hashtag on Instagram, so that you will see all posts on a particular subject.

LinkedIn have blown hot and cold over the last few years, and have experimented with using hashtags to various degrees of success. Most recently they have been testing forcing use of hashtags in a post, and it remains to be seen where they will go from here. That seems a counter-intuitive way of ‘encouraging’ usage, but who knows if it will work or not?

On Pinterest hashtags work like everywhere else, but until recently they haven’t been prominent on the platform. Pinterest advise only one branded hashtag per post. In recent months hashtag use is up. You can see lists of most popular with number of hashtags associated. Working only in the description, you can use up to 20 hashtags, but the best response seems to come from using 4.

Google+ has also experimented with hashtags over the years. You can use them in posts. You can search and follow them. The main benefit of using Google+ is in the search visibility it will give to your content. Keywords may be more critical to support your Google+ strategy, but using up to three hashtags in a post will help with categorisation.

Always research your hashtags first before using them. Don’t hijack hashtags in an insensitive way or that may easily cause offence. Hashtags used incorrectly can often misfire, with the hashtag being used for another purpose than the user intended. Widespread sharing of police brutality with #MyNYPD, contradicted its intended use as a celebration. Don’t make the use of hashtags intrusive. Place them at the end of your post, rather than within the text.

This guardian article from 2017 sums up some of the pitfalls – who will ever forget the #susanalbumparty debacle, there are lots of other examples here.

Used strategically and with a specific objective in mind, hashtags can make a positive contribution to your online activity. You can use them to search for content you can share to widen your audience and enhance your brand.

If you would like more pointers and support on what you need to know about hashtags, using them strategically in order to support your online objectives, get in touch with us to discuss further, we would love to help you.