There are some very big numbers surrounding Facebook at the moment – over 850M subscribers, half a billion items shared in one day, engagement levels rising exponentially, advertising revenues to double in the coming year – even though the IPO has been firmly put back to next year, the recent F8 conference has magnified the interest in Facebook to an even greater degree, and the emotional reactions of users and commentators alike has demonstrated a fascinating resistance to change, given that Facebook only has a six year history.

Another record that Facebook may have continued counting, is the millions of words written and shared online since before F8; as changes appeared piecemeal such as lists and that already infamous ticker, and then moved on to make more sense as part of a coherent relaunch around the timeline and ‘frictionless sharing’ of your media with friends, the world, his wife and his dog have all had something to say about the changes. 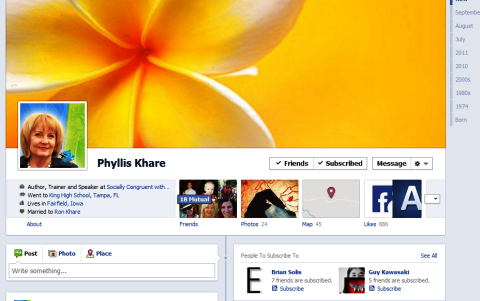 Here are the five best articles I read about Facebook this week, typifying the breadth of reaction there has been online about various aspects of recent launch news:

So that’s the story so far, and it’s a fascinating one as Google continues to release updates to Google+ and we can sit and watch the battle for our online lives, if not our online souls (as yet).

What do you think about the Facebook changes, and will you want to leave the community, or be tempted to stay behind and enhance your own timeline? I would love to know, leave a comment below.