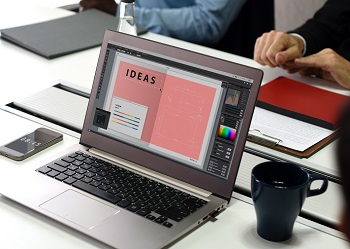 Twitter has come out strong with an automation ban. It will penalise users sending identical tweets from multiple accounts and who repeat tweets from a single account.

Responding strongly to criticism over fake news and bots, Twitter will enforce new rules about how much automation the system will tolerate. Twitter’s automation ban was announced back in February and will come into force on 23 March.

You may have noticed a fall in followers over the last month as Twitter removed thousands of ‘fake’ accounts in a bid to recover from accusations of ‘fake news’.

This can only be good news for anyone wanting to find genuine connection on the platform. Cutting back on high levels of vacant noise makes remaining connections potentially more meaningful and more rewarding.

What are the changes?

More significantly, the changes that will come into effect this week may impact you more.  It is already impacting the tools industry around Twitter in terms of tools that let you do exactly that.

If you are using a scheduling tool of any kind, there will likely be a statement on how they plan to deal with Twitter’s automation ban. Here are the banned activities directly from Twitter:

Twitter suggests that retweeting from one account to the others can be done, but again not as a bulk action. And that automated bulk likes or retweets will also be penalised.

This is a positive move in response to criticism, and will help make the platform a better place and stay relevant.

It promotes the social aspect of social at the expense of scheduled broadcasts that gain little engagement. Click To Tweet

However, there are ways that you may get caught out by the changes. To prevent any chance of penalties it is worth a quick and timely review of your Twitter strategy. You can be sure you are clear of any infringement, and also you can look for opportunities.

What opportunities can you find in Twitter’s automation ban?

The impact for your scheduled tweets may be immediate and cause some initial extra work. Ultimately the challenges they throw up will benefit Twitter users and force everyone to up their Twitter game.

You will need to put more effort and more intelligence into your tweets. But it will also mean that the social aspect of Twitter will come to the fore. It’s time to be more proactive and to make better use of Twitter.

Recent research suggests using an automation tool doesn’t lessen your reach on Twitter, so it may not be the time to abandon these tools altogether.

For some people, going 100% live might be an option. This is a brave choice if you have the time to sustain it. But for most of us that would not fit our plans. It will mean using automation tools differently. It’s time to focus on the time-saving and planning aspects of the tools. You will benefit from advance scheduling just as much as before.

When you are preparing your content you will need to write multiple variations of the same message to avoid duplication. Build this into your content creation process. It will reduce the tax on your time and will also give you a better chance of engagement from a wider audience.

What should I do now?

To be compliant from this Friday you should:

Try to see Twitter’s automation ban as a positive change. It’s an opportunity to be more creative in content creation and more social in interactions. I’d love to hear how you are reacting to this news, and how you plan to amend your Twitter strategy.

And if this is something you could do with some help on, please get in touch with us today – let’s talk about how we can support you.