It’s been a fascinating week for stories about working mums, firstly with the announcement that Google stalwart Marissa Meyer is off to right the declining fortunes of Yahoo!, with a new CEO job preceeding a new first baby by only a couple of months.

There has been a huge amount written about her undoubtedly well-deserved appointment, with an initial wave of awe and approval regarding her abilities, followed by a second, slightly more interesting wave of comment on the fact that as she takes on this role she is expecting her first baby in the autumn.

I am sure that Marissa Meyer, who is cited as intending to ‘work through’ her US-length (that is, extremely short by European standards anyway) maternity leave, will find the right way for herself, her husband and her baby to meet the challenges of becoming a new family and mixing work with home life, and I am equally sure that many people will have a lot to say about her successes and failures as a CEO and use that to judge her abilities as a new mother also. 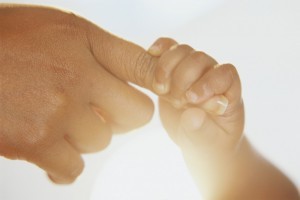 At a time when there are less women involved in technology than there even have been in the past, it is interesting that the few women at the top are seen through a media filter of ‘having it all’ – being extremely successful in business, working long and hard days to deliver success and loyalty to their customers, and yet also being able to offer a nurturing and involved environment to their families. Another high-profile example offered up as a positive new role model is Sheryl Sandberg, Facebook’s first female board director. She is credited with adding maturity to Facebook’s board development while remaining able to pop home at 6 every evening and have dinner with her family, and has had quite a lot to say which challenges other women to do the same as her as the right way to work.

While I have great admiration for these very successful, very high-profile women, I do wonder what role models they will become for our daughters. While setting expectations that mixing a very high-pressured work environment with bringing up children and running a home is achievable, does this give a whole other way to make women who can’t succeed in the same way feel guilty about their abilities?

Whether it is the successful women themselves or the media filter through which we see them, it would be very sad to find their successes held up as the supermodel equivalent of the unattainable body that has been carefully airbrushed in women’s magazines. After all, these women have access to all the support that their high wages can buy, from childcare to housekeepers and beyond; for women with more modest earning abilities should we still say that this type of lifestyle should be the way forward, rather than one of many options?

At the other end of the scale was also a gentle UK documentary about a UK cab firm, Addison Lee, who have been trialling a system where parents can bring their babies into the office while they work, saving huge amounts of money and heartache on childcare and meaning that, if productivity and profit are not affected, staff loyalty is higher and everyone wins.

This trial seemed to work out well for this company, with the conclusion that babies up to a year would be allowed to stay with their mothers; above this age was found to be more disruptive to the office and more disruptive to the mums’ productivity. The really positive thing that came out of this documentary was the intention of Addison Lee to set up an on-site creche for older children, which would also support back-to-work mums.

I did find a couple of things disturbing about the documentary though; although it was said that the babies benefited from the office environment, my thoughts kept going to women who are imprisoned and are also allowed to keep their babies with them up to a year or so old; are the babies seen as a inconvenient add-on to employees who have to be tucked away so that the mothers can keep up their productivity?

If the likes of top US executives and more modestly paid call-centre staff open up the debate and offer more choice to mothers about how to live their lives, pursue their careers and bring up children all at the same time then that is a really positive thing and will all add to society’s view of acceptable ways for tomorrow’s mothers to live their lives then that is a really positive move and will help to enrich all our lives.

The downside I fear though is if the mirror held up to us and our daughters show the norm as fitting your children in around that hard work for someone else’s profits, many of us will be found reflecting a different shape. And we mustn’t let that become a search as unattainable for the majority as chasing supermodel looks or pop star fame have become in other areas of ours and our daughters’ lives.