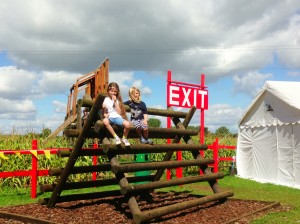 ALL the way back in July, with lots of fiddly things to do and get finished off before the children were out of school for the summer, I was spending too much time on Facebook and getting too easily distracted. Needing to focus on finishing tasks, I found myself instead checking out statuses far too often, and the more I did so, the more I wanted to do so, and progress I needed to make was slipping away as Facebook’s dopamine-fuelled newsfeed scrolled on by.

Facebook had got the better of me, and was now trying to tell me how to spend my time. Instead of being a useful and necessary tool for home and business, it had become something of an irritating burden. When I said I was quitting Facebook for August, people I knew were surprised, and also disbelieving. I had to give it a go.

The first thing I did was log off Facebook and then hide the shortcut links I had to it on my pc and on my phone, adding a barrier to ease of access and removing the temptation to keep checking back in. Then, surprisingly, it was easy. The whole of the month I thought about Facebook only when someone else brought the subject up and asked me if I had been tempted back yet.

A couple of people kept updating me as to what had happened on Facebook and what I was ‘missing’, which did little to stir me to log back in. I had become more involved in a lot of people’s lives than I needed to be, and I really wasn’t missing their daily ins and outs.

Facebook itself was the most persistent in missing me, sending me daily emails to let me know how much was going on without me. Despite this, or even because of this, I went the whole month quite easily and felt quite liberated.

I spent lovely time with family and friends, wasn’t distracted or involved in something that was happening elsewhere to someone else, and was able just to be – and be happy – throughout the month.

When it came to September, I was reluctant to log back in, as quitting Facebook had helped release time and space for me to enjoy the summer without clutter.

I logged back on with some trepidation, as I was concerned I would fall straight back into the Facebook trap and be glued to the screen again. Twenty minutes later I had had enough. While I am delighted that many of my Facebook friends enjoyed a happy summer, that a cat, at one stage lost, was found, that a couple of friends had missed me and wanted to know when I was coming back, all of this I saw I did not need to know.

As for work and for keeping up with family and friends it isn’t practical to quit Facebook permanently, I devised a few rules of my own to keep a watch on my Facebook time, and to make sure that this time I stay in control.

1. Ignore the newsfeed – rather than taking all that Facebook wants to throw at you, set up lists of people that you really want to keep up to date on, and confine your viewing to those lists, and to any groups that you feel you need to continue a member of. This allows you much more control than an endless scroll though stories that Facebook wants you to see. I was accused a couple of times of having been on Facebook in August, when I hadn’t – it had been authorised apps publishing on my behalf. Go through the apps you are signed up for and reduce the number to the essential ones, again to keep noise levels down.

2. Keep logged out – by having to consciously log in each time you access the site, you have a moment to consider whether you really need to log in at that moment – or if there is something more useful you could be doing instead.

3. Limit your time – now I am back on Facebook, I limit the time I spend to one log in each day for 15 minutes max in a morning – though I have been spending much less time on there than that most days. By structuring your time and keeping to it there is less temptation to stray.

4. Limit your network – by concentrating on the people and or businesses you really want to keep up with, your time on Facebook will be more focused and you can achieve more in the time you have set yourself to spend there. A surprising number of other people I know also are reducing their time and energy spent on Facebook, and when there are less people you know on there, the compulsion to overdo it will also be less.

5. Stay focused – Spend your structured time on Facebook for a reason, whether that is keeping in touch, driving engagement for your business page, or researching opportunities. I am currently looking at how much energy to put into my business Facebook page versus the other, perhaps more relevant, social networks for my line of business. You will remain focused and make the best use of Facebook for you if you do this.

So that was the end of my Facebook detox. I learned a lot about what I was doing and overdoing, and also what I can now apply to other networks in terms of organised and controlled use. After all, the social networks are meant to be working for us, not the other way around?!

What made your summer special or interesting? I would love to hear from you, and if you need help getting your social media use under control and working more effectively for your business, please get in touch and see how our tailored support packages could help you.