Something a little different today. On Saturday I was privileged to be a part of Mumsnet’s first blogging conference, which took place in London at the Altitude Tower. I’ve blogged before about the challenges of homeworking and the isolation trap, so I went looking for inspiration and connection. And I found that in spades. 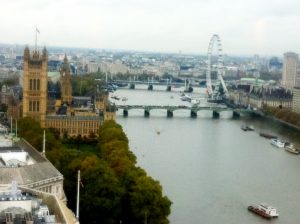 Mumsnet had lined up a compelling collection of headline speakers, from Miriam González Durantes to Caitlin Moran, subject-matter experts on SEO, Online Photography and Social Media, and a wide-ranging cross-section of successful bloggers and more traditional journalists, who managed to ooze enthusiasm and generate a lot of positive energy without patronising their audience.

Arriving early and faced with a pre-registration as hormonally raging as an NCT sale without the bargains, though less judgemental than the local school run, I was struck by the difference rather than similarity of this collection of predominantly women, brought together under the Mumsnet banner for the day but with typically little in common.

Despite the temptation to label people, and the fact that people on the day tended to gravitate in similar groups, what became clear is that there is no set template for a ‘mummy blogger’, or a ‘craftivist’, or a ‘journalist’ – just a collection of as many different voices as there were conference delegates and speakers.

Yet they had been brought together as facing a common problem, as to how to maximise their enjoyment and sense of fulfilment from a place of displacement brought about by society and government positions about how women who have children and work should go about their lives.

Most important, almost without exception, there was listening without judging, and an allowance that each person there was finding their voice and following their path as best they could. This generated a palpable sense of belonging, as new connections were made and people made real-life contact with their Twitter and blogging virtual friends.

An accepting audience appreciated the sounds of a few small babies who had joined the party but weren’t planning to wait for the refreshments, and it was good to be in an understanding environment – though it was funny to see the disapproving looks on faces when a man’s voice was heard muttering at the back of the theatre.

There was a lot of weight placed on the strength of individual voices and the power to collectively make a difference by putting forward your own story – seeing the power of this when your voice is joined with others. Ironic in a week when the government have fudged another approach to flexible working and added another layer of guilt to mothers who may not want to share their maternity leave with a husband or partner who risks putting himself into the same part-time black hole that sees women being less promoted than their child-free colleagues.

The conversation I have most with other women, and Saturday was no exception, is the willingness of women to be flexible in a workplace culture that remains anything but that. Marginalising all parents isn’t the answer to getting women back into the workplace; forcing the cultural and legislation changes needed to make flexible working rights the norm to everyone, not just new parents, is what we should be aiming for instead.

Saturday’s event saw a chance meeting of minds, opportunities to meet people who had given you inspiration, and a glimpse to see in the diversity of all the delegates and speakers, how powerful those displaced voices can be. If we want something different for our daughters (and for our sons) we should continue to speak and to be heard, to raise the noise levels until collectively the voices cannot be ignored – and it can start here with your voicing of the ‘Every Mum’ story.

If the day showed us anything, it was the opportunity that can come from giving a voice to your own story, and if you ever needed it, the sense of belonging and the energy boost was enough to give you permission to do whatever it is you want to.